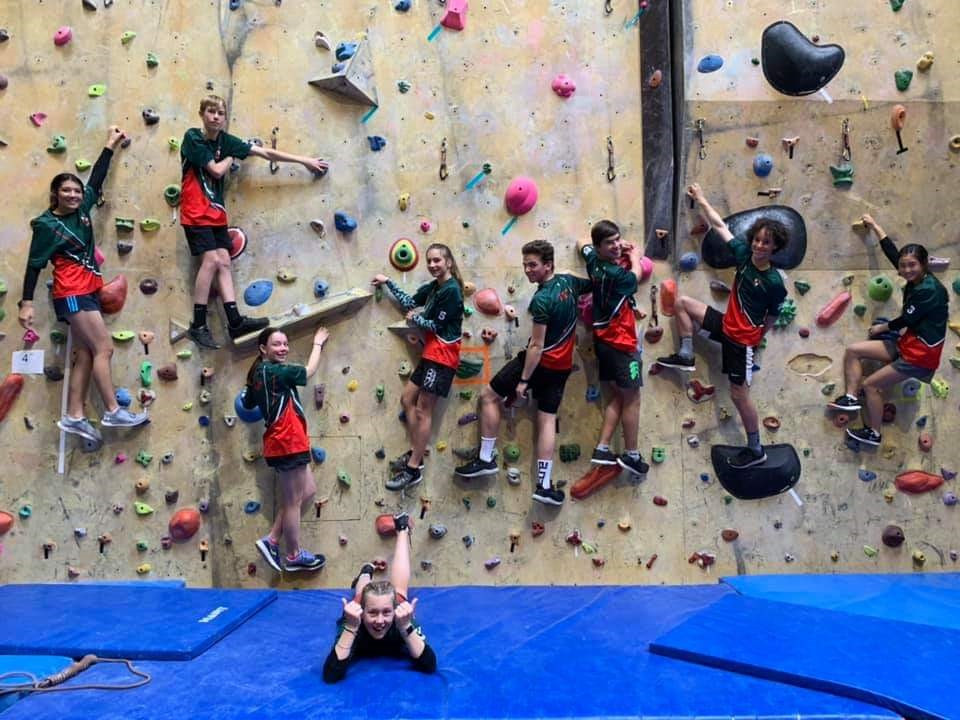 Just a few weeks remain of the winter sports season for most teams, with some having already finished. Plenty of opportunities are still available this term for those interested in skiing and snowboarding, swimming, our school cross country, and the upcoming national winter tournament week for our basketball, netball, football, and hockey teams.

Our Junior Adventure racing team recently competed in the Bay of Plenty Get-2-Go regional event. This is always a sell-out event with teams vying for top-spot and qualification to the final on Great Barrier Island.

After a day of kayaking, paddle-boarding, orienteering, mountain biking, and rock-climbing, our team finished an impressive 8th overall of the 24 teams in just their first and second year competing.

No final for us this year, but a truly awesome opportunity for our students to challenge themselves physically and mentally. I look forward to the sport continuing to grow and sending teams to both the senior and junior events in 2020.

Congratulations to Tim Greenwood and Corban Nicol who played for the Bay of Plenty in the National under-18 tournament and ended 7th. The girls, including our international student Sophia Hofmann placed 5th.

We have also had several our students selected for younger Bay of Plenty teams. Congratulations also to Elliott Smith, Thomas Fox, Samuel Mckay, Hamish Cameron, Ella Rutherford, Lucy Carlson, and Esme Morgan selected for the under-15 team who will compete at nationals later this year.

Basketball continues to go from strength to strength here with player numbers increasing every year. We are extremely lucky to have some outstanding coaches on board who have been providing our teams with plenty of opportunities to develop.

Recently some of our boys’ team have hosted Hamilton Boys High School and travelled to the Hawkes Bay to take on some of New Zealand’s top basketball schools. While results haven’t always gone the way of our teams against more drilled opposition, our teams have been competitive and taken every opportunity to develop as individual players and as a collective basketball school.

A huge thank you to our coaches who are giving up a lot of their own time for our students.

During the last school holidays, the North Island Secondary Schools Cycling event was held in Cambridge. This is always a popular event particularly with school teams from larger schools in the Waikato and Auckland. In the under-16 division, Sean Onishi placed 20th of 63 finishers. In the under-17 division Ivan Abele finished in 17th with Ben Raven close behind in 24th of 47 finishers.

We lead our sports wrap with a congratulations to Quantelle Hira-Kapua. Quantelle, a Year 13 student has been selected into the national Pathway to Podium programme which supports New Zealand’s top young athletes in making the transition to professional sport. Quantelle is a member of our school premier netball team.

It has been a successful season for our  rugby teams in 2019. We approached the planning for the season with an eye to building a sustainably successful rugby programme across all age-groups and genders.

With one more pool game to play, the combined under-14 Taupo team is sitting mid-table and the under 14 Taupo-Nui-a-Tia team is sitting in second position and hoping to secure a home semi-final with a win this coming weekend.

Our under-15 team has already secured their semi-final spot and will play Rotorua Boys next weekend for a place in the final of the championship division.

After a big game against Tauhara to win the inaugural Standen Cup, our 1st XV lost a close match to TWOM last weekend which sees them end the season just outside of the top-4 in the 1st division 1st XV competition.

Our 1st XV girls have one pool match to play which will determine whether they have a spot in next week’s competition final against Tauranga Girls. Currently sitting on three wins from four matches in the second round, the girls have had an outstanding season.

Several our students competed in the Nduro winter fest mountain bike competition last weekend with excellent results. Congratulations to Corban Nicol who won the 30km event in field of 196 riders, with brother Coen Nicol placing 4th, Sean Onishi 5th, and James Officer 6th. Mia Cameron was further down the overall field but won her age-group and was 3rd female overall.

Best of luck to our teams with semi-finals and finals still to play this season. Later this month our 1st XI girls football teams are travelling to the Gold Coast to play a series of matches; we wish them and our teams travelling within New Zealand the best for their upcoming national tournaments.