Our First XI Boys and Girls Hockey teams had an awesome start to the holidays, as they played in an invitational mini-tournament. This was organised by the Taupo Hockey Club to fill some emptiness after the cancellation of Tournament Week.

In the pre-round, our Boys team won against Mount Maunganui and Aquinas College and drew against the BOP reigning champion, Tauhara College. The final was played between Taupo-nui-a-Tia College and Tauhara College. With the score at 1 all until the last 4 minutes, the team fought for every opportunity to score and to keep the ball out of the goal. Tauhara College played strong to bring the score to 3-1. It was a great game and our boys walked away with their heads high, super proud of their improvement this year, and finishing second with a silver medal.

Our girls also played some great hockey. The first game against Tauranga girls, a Rankin Cup team, started very even with a 0-0 halftime. Unfortunately, they had to take the loss of 3-1, which is a great achievement against a team of that calibre. They didn’t have the legs to play with the same intensity in a second game that day, and they lost their game against Mount Maunganui. On Sunday, they came back fresh and finished their tournament with a great win against Whakarewa Girls. What a way to finish the season!

Well done to everyone involved. It was great to see some great hockey, awesome sportsmanship, and mahi from our teams!!! 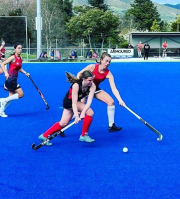 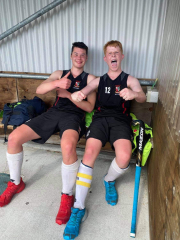