On Sunday the 8th of May, a combined team of students from Taupo-nui-a-Tia College and Tauhara College, competed for the first time in the Macpac Hillary Qualifier held in Taupo. The event saw 29 teams from as far north as Kaitaia, and as far south as Wellington, compete for 6 hours.

The race started behind the Top 10 Holiday Park on Acacia Road and traveled through both farmland and DOC land to Kinloch. The event was made up of 6 Stages, covering around 45-50km. All controls were optional, so teams had to think strategically about what they could get and where best to put their effort.

This is the first time that we have competed at this event, and it was extremely pleasing to see the focus and determination our team showed. This saw them earn 2nd overall, beating a number of more experienced top schools.

This event is the qualifying event for the Hillary Challenge Grand Final, which will be held at Tongariro National Park in October. Our team has secured an invitation to this event which is a huge accomplishment in itself. 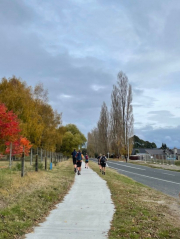 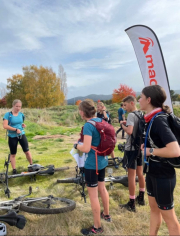 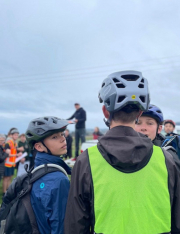