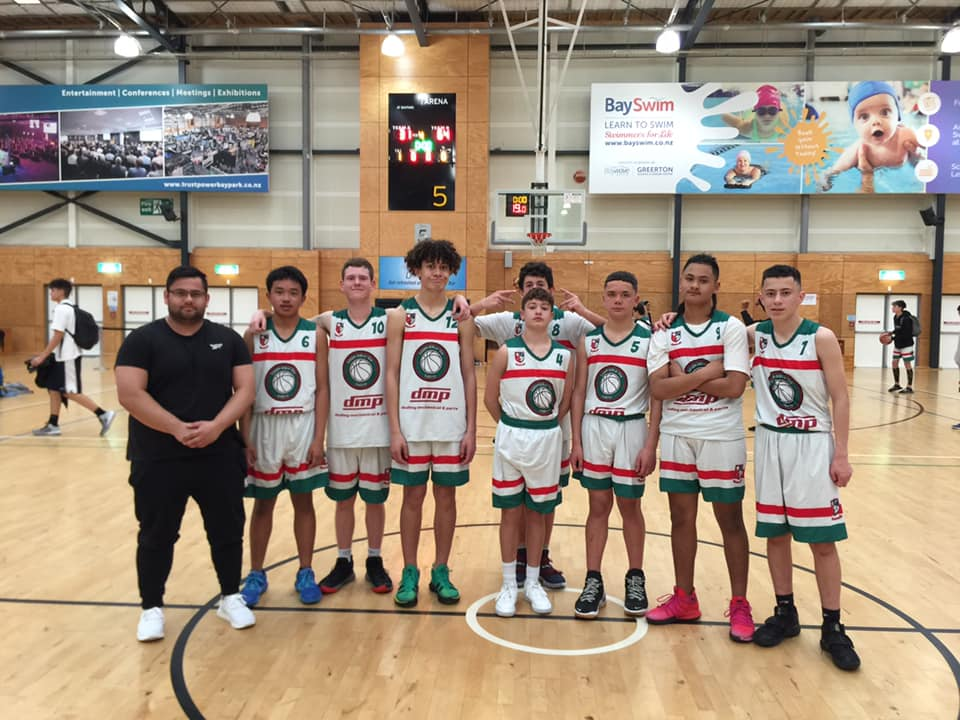 Last week, both the Junior Prem and Development Boys Teams headed over to Tauranga for the Bay Champs Tournament held at Trust Power Arena. The Junior Prems had a rusty start but came into their own against a physical Aquinas Team with the in-game highlight being Hozay Tito-Haitana throwing down a 1 hand dunk. Nui came out the winners in their first game. The second game was a tight contest against a Trident Team who refused to give up. Nui Prem only pulled away in the last 1m 30sec, thanks to a John Chanas corner 3 which gave them their second tournament win. The last game of the day was against a tired Papamoa team who ran out of energy, allowing Nui to secure the win.

The Junior Development Team had a tough day against some seasoned teams, losing the first game against a Te Koutu Team.  In the second game, Otumoetai pressured the team early on, making another tough game. In the third game, the boys were positive and managed to put up their most points scored in a game, but also gave up lots on the other end, going down to a Trident.

It was a great day of experience and exposure for the Nui boys. A massive thank you to Coach Walton for taking the Development Team over, and to our student referee, Renata, for helping on the day. A further huge congratulations to the Junior Prem Team for taking out their grade!