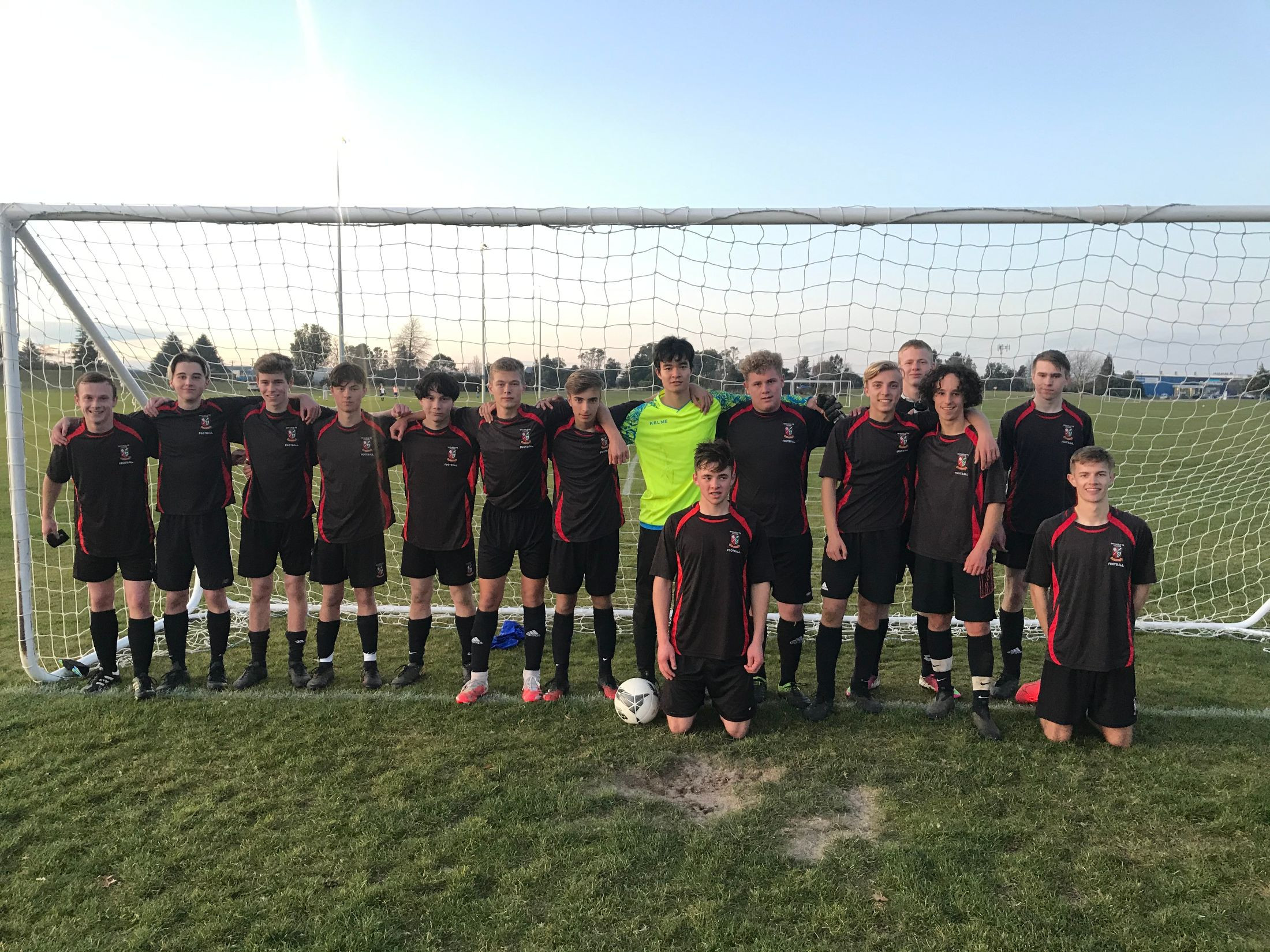 The Taupo Nui First XI continued with their unbeaten season on Wednesday afternoon in the game against Tauhara. This game was a rematch as the previous week didn’t achieve a winner at full time. Again this week, there was little difference between the teams, with Tauhara looking lively in attack and with some last ditch defending by both teams. A solid outfield performance in the middle of the park by Jordan Ueberberg spurred the Nui team on, with Jordan receiving much praise from his team mates after the match.

The latest game proved, once again, to be too much for either team to be able to find a winner during regular time, and the game went to penalties to decide who moves on to play John Paul College in the season final.

An outstanding 2 saves by TNT Keeper, Oujirou Kurimura, saw Nui progress to the next game.

A notable mention should go to both teams who conducted themselves really well through the games, while also displaying great respect and character. It has been really great watching this local derby take place, and to see some good football on display.