There is a lot of Volleyball news to celebrate, with an extra special shout out to Meile-Rose Green, Grace Tiplady, and Angelina Paenga.

Meile Rose Green plays in the U19 Bay of Plenty team who attended the recent Volleyball IPC Tournament and won their division. In fact, they won every game they played over the 3 days. Meile was in the starting lineup and played a big part throughout, particularly in the final which they won against North Harbour. From here, she was chosen for the U19 tournament team which is selected at the end of the tournament from all those present.

Grace Tiplady who plays in the U17 Bay of Plenty team also had a successful tournament, reaching their division final. Grace was also selected for the U17 tournament team.  Such significant achievements--we are so proud of both of you.

Meile, Grace, and Angelina have also been selected for their respective age group NZ Development Teams.  These teams will be traveling the South Island playing exhibition matches in Nelson, Christchurch, and Dunedin. Congratulations to all of you.

Meile has recently been awarded a financial grant from the Taupo Half Marathon Sports Fund which supports high-performing athletes in their chosen sport. In order to be successful, the athlete must be achieving at a high level, attending National events, have a proven success record, and be motivated to achieve. Meile will use the award to help fund her trip with the NZ Development Team in July.  What an outstanding effort! It is wonderful to see your dedication and success rewarded. 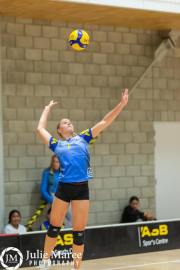