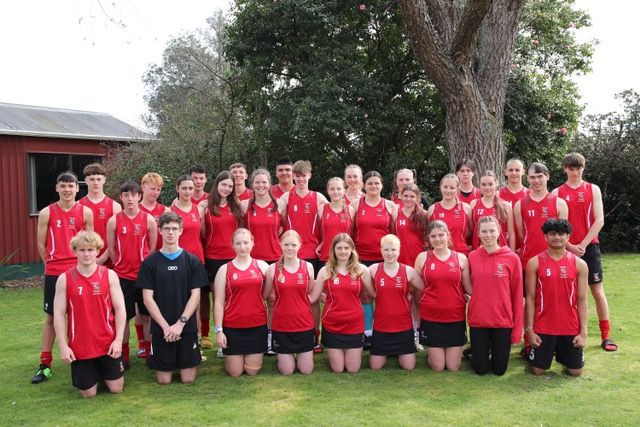 During tournament week, four of our Hockey Teams had the privilege to compete against other teams.

Our 2nd Girl's Team traveled all the way to Gisborne where they played hard, never dropped their head, and were supportive all the way. Although a few big losses had to be taken, this group stayed strong with the best team spirit!

Our 2nd Boy's team played in Whakatane in a competition with 6 other teams. They started the week strong and won all the pool games. Unfortunately, in the semi-finals, they were beaten by a much stronger Rotorua Lakes High School. Playing off for 3rd and 4th against Tauhara College, they couldn’t keep up the winning streak and lost in a very close match 2-1. Well done boys!

The 1st Boy's had a fantastic start to the tournament, winning with big numbers in their pool. On Wednesday, they played the quarter-final, which finished 1-1 and resulted in shootouts. Harry Febery, our new goalkeeper, was very courageous in handling this. Unfortunately, we had to take the loss 4-3. The team picked themselves up and had a great game against Mount Albert Grammar School, winning 5-1. In the last game, TNT dominated and won with a good score, 3-1.

These teams have done us proud, representing the school in a positive way. The amount of outstanding feedback that all teams received during their campaign may even be the greatest achievement for the school, managers, coaches, and students! We are so proud of you all!